Employment law 2018 and beyond: It’s hard to play the game when no one knows the rules 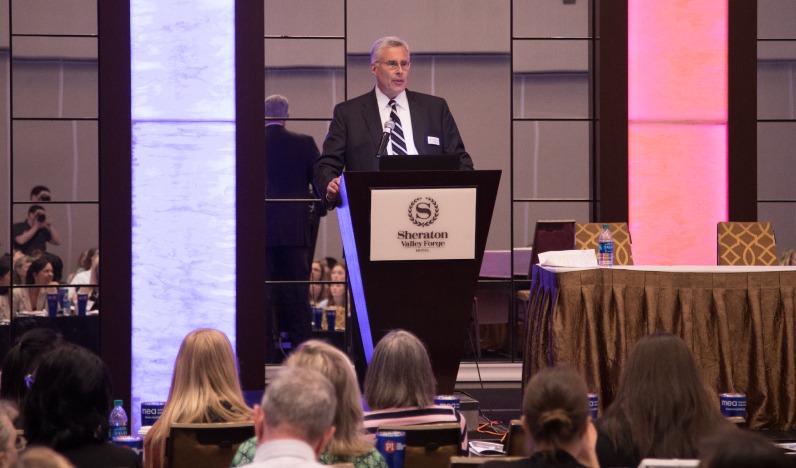 Every business needs to know, and truly appreciate, the fact that the law is more than a compliance manual – rather, it is a compendium of tools that can be utilized to maximize business advantages, minimize business disadvantages, implement business plans, and achieve business results.

The trick (that is, the distinction between using, or being used by, the law) is multifaceted:  you will need to know what the law says, what it means in practice, how it is changing, and how it will likely be interpreted and applied in different circumstances. That is a challenging task, especially when it comes to employment law, where uncertainty has become a singular constant.  Nevertheless, uncertainty cannot be an excuse for inaction – especially in view of the monumental risks inherent in the world of potential employment-related liabilities.

With that in mind, I offer the following general cautions and suggestions – with the proviso that there is no one-size-fits-all solution, and any approach to these difficult issues must be fine-tuned in accordance with the individual details and nuances of each business.

A Suggested Approach To The Sexual Harassment Issue

We are in the midst of an obvious culture shift in respect to sexual harassment.  At least this much is clear: the standard policies and procedures that worked a few years ago will not work now.

In my view, here are the key takeaways from this reality:

Drug Testing – There Are Devils In These Details

There is substantial uncertainty, and risk, in respect to drug testing and medical marijuana, which remains unlawful under federal criminal law, but lawful under the law of many states.  The question, therefore, is this: if an individual tests positive for medical marijuana, and if the employee documents that the employee is using medical marijuana to treat a physical or emotional condition pursuant to a physician’s orders, can an employer refuse to hire, or terminate, or otherwise discipline that individual for violating federal law?

There is no clear answer, but there is a real risk that an employer will be found to have violated the ADA if it refuses to accommodate medical marijuana use in these circumstances.  Get counsel.

Additional challenges arise in the effort to distinguish through a drug testing protocol the use of medical marijuana as opposed to unlawful marijuana.  Technology is changing and (wait for it …) the smoke is starting to clear on this issue, but it remains fraught with difficulties.

Apart from the marijuana issue:

Can You Prohibit Political Arguments In The Workplace?

Our society has become characterized by frequent, strident disagreements over an array of political and cultural issues.  In a workplace setting, these disagreements can fracture relationships and create the kind of discord that can affect productivity.  Can you ban political discussions in the workplace?  What about your employees’ First Amendment rights?

Two points are particularly important in this context.

First, the First Amendment only applies to actions by the government – not actions taken by private companies.  There is no First Amendment prohibition against an employer’s effort to regulate workplace speech that may interfere with the employer’s workplace requirements.

Second, even though the First Amendment may not apply, there is another limit that must be respected.  Section 7 of the National Labor Relations Act prohibits an employer from interfering with its employees’ rights to discuss their terms and conditions of employment.  The law was enacted so that employees could join together, in unions or otherwise, to redress their workplace grievances in respect to wages, hours, working conditions, and so on.

The difficulty arises in the potential overlaps between Section 7 and the political discussions, even vituperative arguments, that characterize so many of our interchanges.  Do debates over immigration, tariffs, affirmative action, and even the pros and cons of various candidates constitute political debates or workplace debates?  Or both?  Where can you draw the “knock it off and get back to work” lines?

Like so much in employment law, these issues remain murky … and dangerous.

Retention of key employees is extremely important in this economy – a key employee’s defection (taking with him or her your customer list, marketing plan and “secret sauce”) can be the difference between success and failure.

There are more palatable options and alternative approaches that can be implemented in order to attract and retain the best employees.  Consider some alternatives:

Pay Equity: The Next Big Thing?

The concept of “equal pay for equal work” — without regard for gender, race, nationality and other protected characteristics – has garnered widespread and growing popular and political support.  In practice, however, implementing a fair system that accounts for seniority, merit, output, quality, intangibles and other factors can be a challenge.

Many equal pay lawsuits have been based on the 1963 federal Equal Pay Act, but in addition to lacking a predictable way to account for the complexities of compensation decisions, the federal law deals only with pay disparities based on gender.

Locally, New Jersey prohibits unequal pay for “substantially similar” work and applies to all protected classes, not just gender.  There is a heavy burden on employers to justify pay differences, but the system allows for differences based upon seniority, merit, training, experience and other factors.  Delaware has a gender-based law, but without much teeth in it.  Pennsylvania has a 1968 law prohibiting gender discrimination based upon pay, but includes no right for an individual to bring a private lawsuit based upon the statute.

Philadelphia became the first city in the United States to prohibit requests for wage history, the rationale being that what someone made in a previous job should have no bearing on what they make in the next job – their duties and qualifications should be all that an employer should be concerned with.  After a lawsuit, however, a Court invalidated the portion of the Philadelphia statute that prohibited employers from requesting wage history – but the message remains clear:  if you ask about wage history, you better be able to prove why you asked, and if there is a wage disparity, you better be able to establish a non-discriminatory reason for it.

The law respecting an employer’s rights to utilize criminal background checks is a crazy quilt, to say the least.

Federal law allows it, but there are hyper-technical requirements that must be followed, including disclosures to employees and other hoop-jumping if an employer uses a third party service to perform the background check.

The EEOC argues that employers should rely upon “individualized assessments” of candidates and use background checks in a very limited way, minimizing the use of outdated information and  convictions for non-violent crimes that do not bear upon an individual’s qualifications, and allowing for the fact that people change and prior mistakes do not always predict future behavior.  The EEOC’s word on this subject is not law – though it may be influential in various courtrooms, states and cities.

In Pennsylvania, an employer may consider felony and misdemeanor convictions (not arrests) during the application process, but only to the extent that the convictions relate to an applicant’s suitability for employment in a particular position.  In New Jersey, an employer may not inquire into an applicant’s criminal record during the initial employment application process – although there is no restriction on the right to use the information thereafter.  Delaware has no law on the subject.  Federal, Pennsylvania and New Jersey laws, to the extent they exist, are rife with exceptions and limitations.

In the midst of these issues, various, so-called “ban the box” laws arose and Philadelphia has one of the most severe “ban the box” laws in the country.  “Ban the box” refers to banning the box on employment applications that requests criminal history information.  Philadelphia’s law prohibits criminal history questions of any kind on applications, and allows for no inquiries, background checks or similar investigations until after an offer is made.  Philadelphia also bans consideration of any offense over seven years old, and mandates an individual assessment process based upon the findings of the investigation.  The courts have yet to flesh out how the Philadelphia law will be applied in practice.

This is, again, an area of employment law that is in extreme flux.  Get guidance that makes sense in the context of your workplace.

The Times, They Are A-Changin’

The uncertainties in employment law extend to a variety of other issues as well.  New perspectives are surfacing in regards to independent contractors, “gig” workers, what kinds of employee characteristics will be legally protected, potential changes in non-exempt salary thresholds, the nature of restrictions on employee use of social media, and much more. And no one can predict where these and other employment law conundrums will land, particularly in view of the present political uncertainties.

This is why the universe, in its astounding and eternal wisdom, invented MEA, and (thank goodness) lawyers.  Stay tuned.

MEA’s outside general counsel, Michael G. Trachtman, is a Wisler Pearlstine partner and the Director of the Wisler Business and Entrepreneurship Center, a practice group designed to meet the needs of small and mid-sized businesses in a pioneering and unique way.

Mike will also be returning as the keynote speaker at MEA’s HR & Employment Law Conference on May 2, 2019, and will discuss where employment law has been, where it’s going, and what to do about it in these turbulent and unpredictable times.