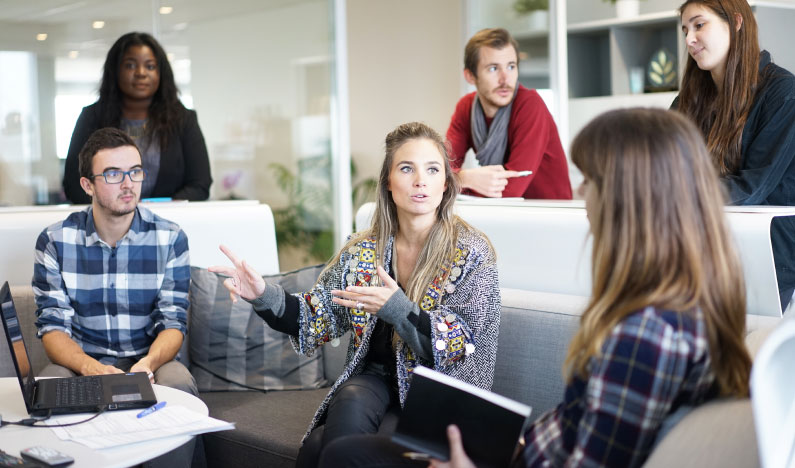 Technology has changed everything, and for employers, today’s world is far more complicated than it was just one generation ago. Before smartphones and the internet ruled our lives, workplaces were more or less able to operate at status quo, as their employees’ needs and wants were fairly steady from year to year. In this era, however, human resources are far more difficult to navigate; technology has ushered in three very unique types of workers.

The balancing act between Baby Boomers, Gen Xers, and Millennials hasn’t come easy for many employers. These three generations—all working simultaneously, side-by-side—have arguably instigated some of the largest hurdles the HR industry has ever seen. There are stark differences between each set of staffers, and understanding how to accommodate each of their needs mutually exclusively—yet completely cohesively—is the perfect picture of an employment oxymoron.

According to the results of the Employer Associations of America (EAA) 2018 National Business Trends Report, as many companies hire new employees from different generational groups, they’re noticing significant differences from one group to the next.
In this two-part series, we’ll explore some of the top items candidates are looking for in today’s market, starting with the three elements that ranked highest on the list.

Competitive pay hit the nail on the head for Gen Xers. 72% of respondents to the 2018 Business Trends Survey rated competitive pay as the number one request of Gen X candidates. Gen X employees have experienced ebbs and flows in the economy, including the stock market crash of 1987 known as Black Monday and, of course, The Great Recession. These employees have also been in the working world during pay revolutions that brought light to money C-Suite executives were making (or wasting) and often have first-hand stories of major wage gaps between men and women or other classes in the workplace. Although many of these gaps have been diminished through newer legislation, the fight-or-flight response that requires competitive pay is still alive and well in this generation.

Millennials also bore witness to the latter with many of the eldest of that generation learning about layoffs first hand. This group ranked competitive pay second highest, coming in at 68% from survey respondents. Bear in mind, Millennials know how to find their market value. They search online, look at reviews, and do the research. They’re likely to come with facts and figures that support their claims if they feel they’re being underpaid.

Approximately 60% of Boomers cited pay as a top-six necessity, which came in second only to competitive benefits. This makes sense, given Boomers are more likely to utilize healthcare and other medical opportunities.

Millennials, weighing in at an astonishing rate of 70.4%, demanded flexible hours more than any other group. Millennials have grown up with technology at their fingertips. As such, they’re used to being constantly connected to the entire universe. People no longer have to be tethered to a physical office in order to get work done, and many Millennials simply don’t understand why this would be a requirement. In fact, this generation is shaping workplace flexibility for everyone, forcing employers to re-examine the possibilities of telecommuting, work-from-home options, and non-traditional hours.

Although flexibility ranked fairly high with Gen Xers, it wasn’t nearly the top requirement. Only 35.2% of survey respondents listed this as a top-six requirement for this age range. Baby Boomers ranked flexibility as one of their lowest needs. Having grown up in traditional business outfits without email and text attached at the hip, it’s no surprise that the oldest of these generations doesn’t prioritize flexibility at the top of the list.

As noted above, competitive benefits were the number one concern of Boomers, coming in at 68.8%. With age comes wisdom, and 60% of survey respondents reported Gen X new hires also put competitive benefits into their “top six” bucket list. For Millennials, benefits fell pretty far down the list, measuring in at only 32% of respondents who acknowledged this as a top need of their younger employee base.
Stay tuned for our investigation into the remaining top items candidates want in today’s working world. From ready-to-retire Baby Boomers to first-job Millennials, we’re watching the trends of this interesting multi-generational working world!