LGBT rights in the workplace 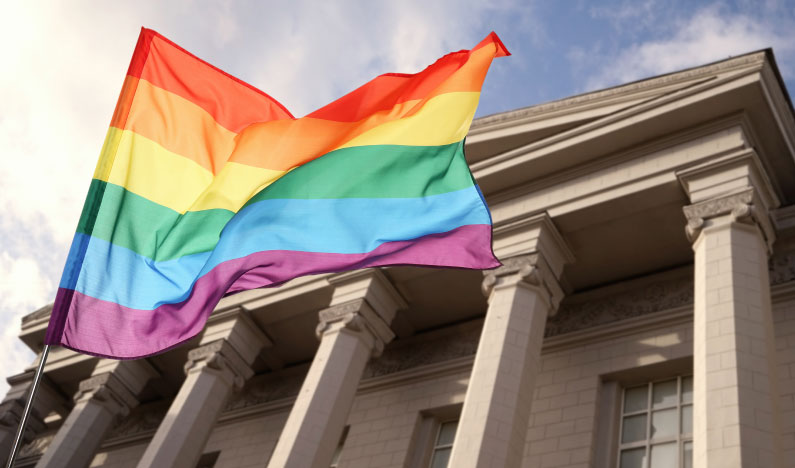 Does Anyone Know the Rules … and What About Religion?

On the question of LGBT rights (actually, LGBTQQIAAP rights … you can look it up), federal law, the EEOC, some courts, other courts, state laws, local laws, Trump, and the military cannot seem to get on the same page. As an employer, particularly in view of the potential liabilities, what page should you be on?

Discrimination: How Can You Follow the Law if No One Knows What it Is?

Here is a summary of the discrimination legal landscape, rife with minefields and alligators … but at the same time, some things are coming into focus.

The Culture War Over … Bathrooms

The bathroom has become a primary battleground in a growing culture war: what does an employer do about a male who identifies as a female and wishes to use the bathroom designated for females, over the strident objection of other female employees (and vice versa)?
Much of this has played out in the context of student rights.  The Obama administration issued an order requiring schools to allow transgender students to use the bathrooms of their choice.  A score of states then sued the federal government, contesting that order.  The Trump administration, backed by Attorney General Sessions and opposed by Secretary of Education DeVos, rescinded that order, triggering a backlash from the other direction.
More important to employers, the EEOC mandates that employers allow employees to use the bathroom designated for the gender with which they identify, no matter their biological status.  Some courts agree, some do not.  And, at the same time, at least 16 states are considering laws that would restrict access to multi-user bathrooms on the basis of “biological sex.”  Government agencies in other states take the opposite view.  To date, the Supreme Court has refused to step in.
As for Pennsylvania and New Jersey, see below.

Adding another layer of confusion and complication, suppose an employer’s religion mandates that, contrary to anti-discrimination laws in the employer’s jurisdiction (for example, Philadelphia), the employer not hire gays, lesbians or transgender people?  Should an employer’s religion supersede the law that all other employers are required to follow?
In recent years, the Supreme Court has been willing to find legal exemptions based on religion, and the question will be how far that envelope may be pushed.  An interesting and somewhat analogous case is on the Supreme Court’s 2018 docket.